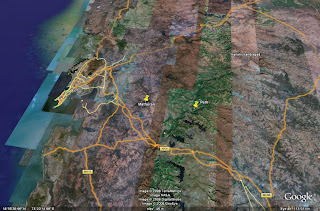 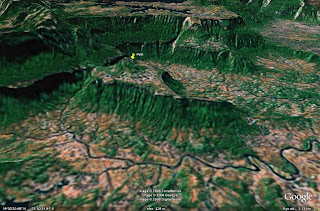 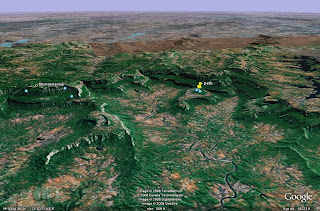 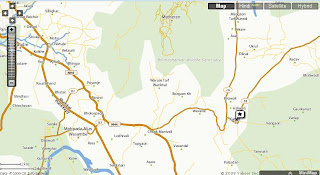 Peth, also known as ‘Kothaligad’, is situated in Shahapur Taluka, approximately 21Km North East of Karjat. This fort stands tall in the company of various other forts like Rajmachi, Dhak, Siddhagad and Bhimashankar, a witness to our illustrious history.


Rendezvous: Dadar Station East, Next to Hanuman Mandir at 6:45 A.M. Sharp on 29th June 08 with return tickets for Neral.

The cost would include:

• Travel from Neral to Ambivali and back.
• Morning breakfast.
• Lunch for the day.

2. At least 1 set of spare clothes with a towel and napkin.

3. A good torch with a spare set of batteries. (Optional)

4. Soap and other accompaniments.

5. Optional: Camera & something to munch on.

1. Alcohol will strictly not be permitted on the event. Anyone found in possession of the same or consuming it will be expelled from the trek. No REFUND will be provided.

2. Smoking will only be permitted while we stop at a clearing, after consultation with the ‘Leader’ and the person will have to move away from the group to smoke.

3. The ‘Leader’s’ decision will be final and binding on all members. No Arguments will be entertained.

4. It is of utmost importance that all participants stick together in the group, in the event of any ‘deviation’ by the participant without the consent of the ‘Trek Leader’, he/she/they will be considered as ‘Independent/s’ and will no longer be considered as a part of the group.
In the event of any Mishap/Eventuality, Ulysses 360 Degrees & its Leaders will not be held responsible.
{Deviation: For E.g.: Participant decides to go sightseeing on his own, decides to stray away from the group, etc}

5. Ulysses 360 Degrees reserves the right to change/deviate/cancel the plans without prior notice. No arguments or refunds will be entertained.

6. Each member will be responsible for his/her own safety and baggage.

7. Please do not wear any jewelry or gold chains/rings.

One has to board ST bus for Ambivali via Kashele or from Karjat railway station on Mumbai-Pune route. The distance from Karjat to Ambivali is about 30 Kms. A road leads to village Peth from Ambivali. A tiring pathway leads to the fort door from village Peth. The pathway pierces through lush green trees and we can refresh ourselves with the lovingly smelled flowers and tasty fruits.

On can get down at Neral, another railway station on Mumbai-Pune route and reach Kashele by local conveyance and catch bus for Ambivali from there.