Trek to “Tahuli-Malang Gad” with OUTDOORS 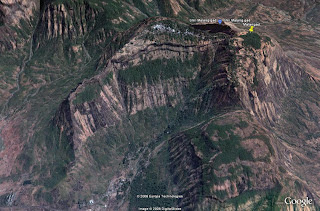 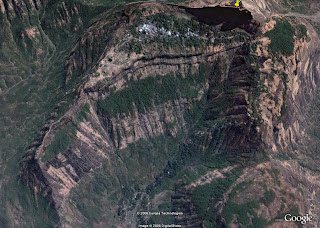 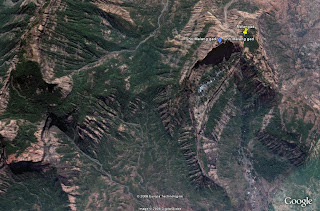 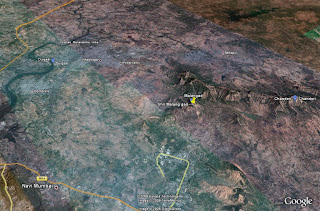 Its trekking time once again… another trek. Another place and this time it's going to “Tahuli-Malang Gad”.

I am glad to announce that "OUTDOOR ADVENTURES" have organizing another one day Trek to “Tahuli-Malang Gad” on 6th july, 2008 under regions of Kalyan, Karjat and Panvel.

We will be assembling at Dadar station, platform no 1(below the main indicator), OF THE CENTRAL SIDE at 06.15am on Sunday morning to catch the local to reach KALYAN station.
(Friends Please be on time with your kalyan return ticket from ur respective stations.)
Those who are coming directly to KALYAN please assemble near the canteen of KALYAN ST depot sharp at 08:00 am.
From kalyan we’ll catch a ST to reach the base village Kushivli.

Friends, you all are requested to carry packed lunch for the trek as there are no villagers and proper hutments for arranging food, water etc. so please carry decent amount of eatables.

The following are the details of the trek.

Expenses---- Rs 125/- per head.
(only includes – Traveling from kalyan to base village & return + trek cost + tea at base village)

Or call me for any queries regarding the trek.

Eagerly looking forward for your participation.

However the spirit of Governer Ketkar of Malanggad and the huge volcano generated rocks of Malanggad did not deter and surrender. ...
wikimapia.org/616166/ -

Malanggad, or BAVA MALANG, ten miles south of Kalyan, a strong hill fort, known from the broken outline of its basalt crest as the Cathedral Rock, is one of the most picturesque and most difficult to climb of Thana hills. The oldest name connected by tradition with Malanggad is that of Nal Raja, who, about 700 years ago, is said to have lived on the hill, and to have improved the ascent by laying down a line of iron straps. During his reign an Arab missionary, Haji Abd-ul-Rahman, came with a number of followers and settled on the lower plateau of the hill. [Mr Cumine, C.S. Two other Musalman saints are mentioned as having tried to ascend the hill 'before Syed Abd-ul-Rahman, one never went beyond the foot and lies at a place called Gaimuk in the Kumbarli valley. The other, Bokhtiar by name, died on the way up where his tomb may still be seen.] To test his sanctity Nal Raja sent his lovely daughter to the holy man. The recluse stood the test. He took the maiden on his knee and she was to him as a daughter. Convinced of his virtue, Nal Raja gave him the girl in marriage, and to this day she shares her husband's sanctity. Six hundred years and more passed, and the fame of Haji Abd-ul-Rahman was still at its height when the English made their appearance in Kalyan. [Anquetil du Perron, 1757, notices Bava Malang as a place of pilgrimage. Zend A vesta, I. 382.] As they stayed for only two years, (1780-1782) their departure was ascribed to the power of the saint, and the Peshwa sent to the shrine a pall of cloth of gold trimmed with pearls and supported on silver posts. This gift was brought in state under the charge of Kashinath Pant Khetkar, a Kalyan Brahman. Bareheaded and barefooted, with a large number of followers of every caste, Kashinath went in procession from Kalyan up the hill to the tomb, bearing the Peshwa's thank-offering. On seeing the tomb Kashinath determined to repair it. A difficulty about the masonry was removed by the saint, who, without the help of men, quarried and dressed the handsome blocks which cover his tomb. The Kalyan Musalmans, headed by one Hydad the hereditary guardian of the tomb, did not acquiesce in Brahman management. In 1817 the dispute came before the Collector, who ordered that the will of the saint should be found by casting lots. Lots were cast and three times the lot fell on the representative of Kashinath Pant, who was proclaimed the guardian. [There is a local story that in 1834 some Europeans, who were careless enough to go into the shrine with their boots on, were attacked by gigantic hornets, several of them killed and the rest put to flight.] Every May, since the time of Kashinath, there has been a yearly pilgrimage and fair. On the February full moon (Magh Shuddh' Purnima) a large fair is attended by Hindus and Musalmans from Kalyan, Panvel, Thana, and Bombay.

On the night of the fourth of August, 1780, a body of British troops from Kalyan, under Captain Abington, surprised Malanggad and succeeded in taking the lower hill, but the garrison made good their retreat to the upper fort. A body of 3000 Marathas cut off Abington's communication with Kalyan, and left him exposed to the attacks of the garrison from the upper fort. Early in October Colonel Hartley arrived from Bombay, and, near Malanggad, was joined by a corps under Captain Jameson. The enemy were also reinforced, and, taking a position to the south-east of the hill, began to lay waste the country. Colonel Hartley, after relieving Abington on the 1st of October, advanced on the Marathas, who, retiring towards their camp, were surprised and put to flight by Captain Jameson's corps. [Grant Duff's Marathas, 438.] After the cession of the Konkan in 1817 Malanggad held out for some months. It was escalated in January 1818 by a small force under Colonel Kennedy, with the loss of one seaman killed and nine or ten sepoys wounded. [Nairne's Konkan, 114.]

Malanggad is most easily reached from Kalyan across a rough roadless tract of about eight miles. Like most of the chief Thana hill-forts Malanggad rises in a succession of bare stony slopes, broken by walls of rock and belts of level woodland. An easy climb of about 1800 feet ends in a wide richly wooded plateau, the path leading to some tiled buildings that mark the tomb of the Bava Malang, that is the holy man of the Malang school of Musalman ascetics. This wooded plateau slopes upward to the base of a great bare comb-backed rock from four to five hundred feet high. From the slopes at the back of the plateau, a flight of rock-cut steps, in fair order and nowhere less than three feet wide, climb a long narrow arched ridge about three hundred feet up to a small level space the Lower Fort of Malanggad. This is a fragment of one of the level belts or terraces, as it were a step between the saint's plateau and the crest of the rock. It is bare of trees and badly supplied with water, and nothing is left of its fortifications but a broken gateway, a low parapet wall, and the sites of ruined dwellings. From the west end of this shell of rock a flight of rock-cut steps climb, in irregular twists and rough zigzags, about a hundred feet up the face of a sheer cliff. The ascent begins with a sharp turn and a breast-high step, and above there is much difficulty and some risk. The ledge up which the steps clamber is in places not more than twenty inches broad, and Captain Dickinson's blasting was so thorough that now and again, hand and foot holes have had to be cut for the help of pilgrims. On the one side the cliff falls in a sheer wall of about a hundred feet, and then slopes sharply with clumps of trees, patches of bleached grass, and lines of broken boulders, two or three hundred feet further to the woods of the saint's plateau. On the other side, rises a bare overhanging rock, and neither in front nor behind are there any clear signs of a pathway. The steps end in the Upper Fort, a level ridge about fifty yards by twenty, bare of trees, except one old umbar or hill fig, but full of ruins, old cisterns, and the sites of buildings. On reaching the top pilgrims have three duties to perform, to wash their hands and feet in the large cistern, to gather and eat some of the umbar figs, and to cast a stone at the pinnacle of rock that rises to the south-west across a cleft about twenty yards broad. On a clear day the hill top commands a splendid view, much like the view from Panorama hill on Matheran, except that close at hand the rocks of Malanggad itself and of its neighbours, Tavli and Chanderi look wilder and more desolate, and that, in the far south-east, the Sahyadris are hidden behind the long ridges of Matheran and Prabal. [Partly taken from Mr. Constable's description. Sleepy Sketches, 149-152.]

The following are the details of Captain Dickinson's survey in 1818. The fort is reached after climbing a perpendicular height of about 700 feet. Connected with the base of the hill is a forest-covered tableland upon which is the Bava's tomb and a few huts for the use of the garrison. From this tableland the ascent to the lower fort is very steep and upwards of 300 feet high The latter part of the ascent is by an almost perpendicular rock-hewn staircase, at the top of which is a strong gateway covered by two outstanding towers, which, even with the smallest garrison, make the place impregnable. Beyond this gateway, the lower fort is nothing more than the summit of this part of the hill, an exceedingly narrow strip not 300 yards long. The precipice which surrounds it is in most cases a complete natural defense, and all spots which could offer a footing to an assailant have been strengthened by masonry. The lower fort contains only two scarcely habitable buildings and a small reservoir, giving a sufficient supply of water during the greater part of the year. From the lower to the upper fort there is a perpendicular ascent of 200 feet by means of a narrow flight of rock-hewn steps on the other side of the hill, on the face of a precipice so steep as to make the ascent at all times most difficult and dangerous. The upper fort, a space of 200 yards long by about seventy broad, is nothing more than the top, as it were, of the third hill. It has no fortifications, but there are traces of an enclosure and of the walls of an old building. The water supply is from a range of five cisterns, and a copper pipe is used to carry water to the lower fort, as its single cistern used often to run dry.
Outdoor Adventures trekking